I discovered this new variety, Eriogonum microthecum var. cyclophyllum, on July 23 th 2014 – north of Mount Shasta north of Highway 97. Once, taking the A12 cut-off to Yreka, I told Sofy, my wife, that I was sure there was a treasure around there to discover. Another day, going back home, I took some dirt roads from A12 and yes, I discovered a huge population of Eriogonum microthecum. 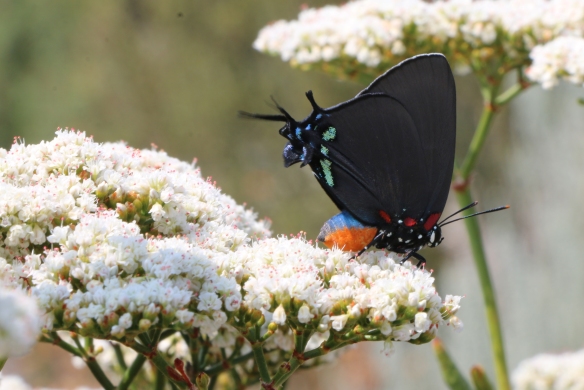 But according to Calflora, the most western presence of Eriogonum microthecum in north California is Lava Beds. (var. laxiflorum and var. ambiguum). To the exception of a 1977 collection in Grenada for which the variety is not precised and with the following mention: “Note. There is a discrepancy between the geographic coordinates of this record and the geographic range of the taxon as specified in the Jepson eFlora. The discrepancy may have multiple causes”.

But there was two distinct populations, one of Eriogonum microthecum var. laxiflorum and another unknown for which Jim had to say:

«As you know your curious phase of Eriogonum microthecum is well removed from other populations to the east and southeast of the Miller Mountain area and has longer leaves that are more widely (and evenly) spaced along the aerial stem but the flowers are okay for var. laxiflorum as is the whitish tomentum. The inflorescences are more crowded, however and the leaves do not match at all, those of your plant being longer than anything I have seen. The leaves of your plant are enrolled (e.g., the margin is rolled inwardly) and are not truly revolute in the sense of var. simpsonii; although enrolled leaves are common in var. simpsonii too. The overall length of the leaves of var. simpsonii do not come close to what you found». 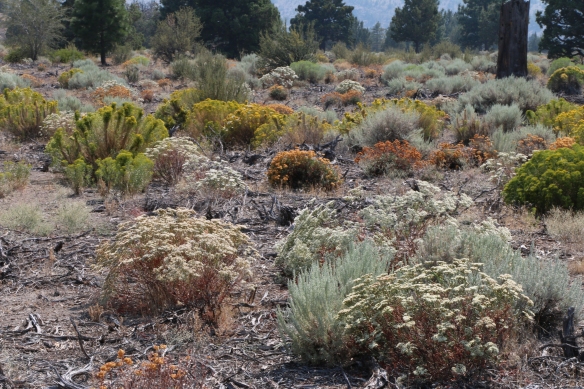 I went there many times to take pictures because it was not always easy to get clear definition as the fires were raging and the Yreka valley was covered by heavy smoke. 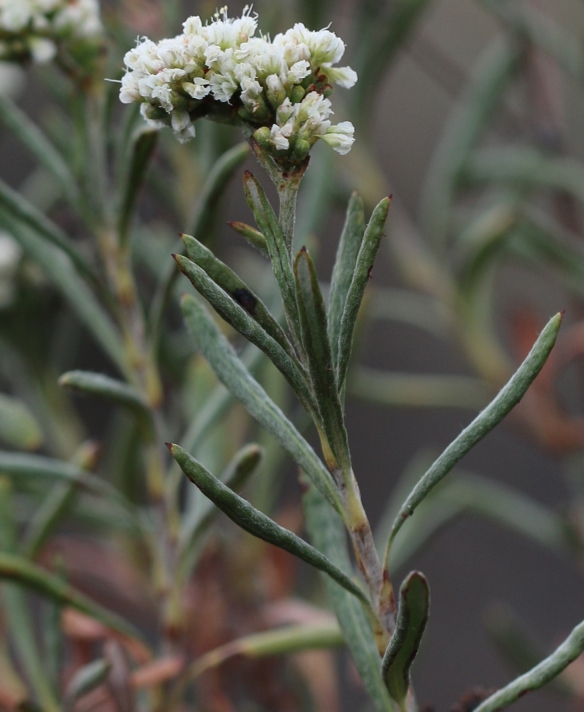 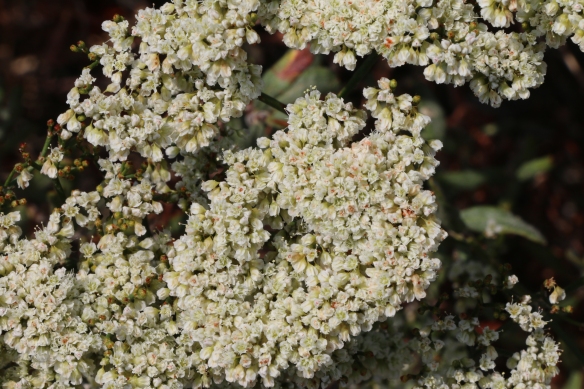 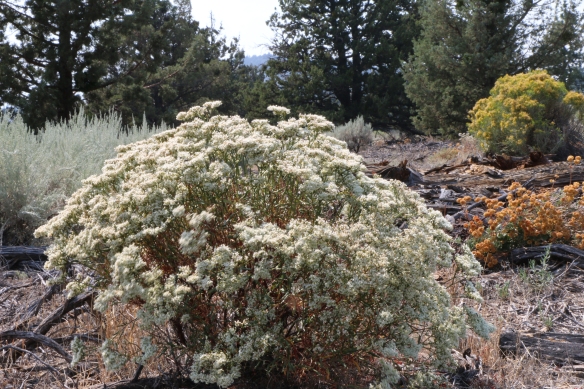