The flowers were taken at 2486 m. of altitude, in Death Valley, above Thorndike Camp, Wild Rose Canyon, where I went with my 27 foot RV. Yes I did.

I was puzzled, first, as I did not know that Eriogonum microthecum var. laxiflorum was also present – and with pinkish flowers. The two species mixed beautifully, on the side of the trail , with the pinkish matured Eriogonum umbellatum var. versicolor and the red Eriogonum eremicola, on September 1 st, 2014 – blooming, or fading, in red and pink nuances all in the same time. I could not find Eriogonum panamintense, in the Wild Rose Canyon, though, but well, I was able, that day, to photograph 7 species of Eriogonum.

«The affinity of vars. panamintense and laxiflorum cannot be denied. The two are very similar, differing in the color of the tomentum, the broader leaves (as compared with the var. laxiflorum in the same area), and the brownish tinge to the flower color. As an isolated population, adaptive radiation has likely played a major role in the evolution of var. panamintense, but the degree of isolation is not as strong as it is in the following two variants –Eriogonum microthecum Nutt. var. corymbosoides and Eriogonum microthecum var. johnstonii.

In the field var. panamintense is easily distinguished by the large brownish shrubs which occupy the lower elevations on the west side of the Panamint Range and the Inyo Mountains. At the higher elevations, the plants tend to be shorter and more compact, but still the plants are relatively large when compared with the low scraggly forms of var. laxiflorum at these same higher elevations ». 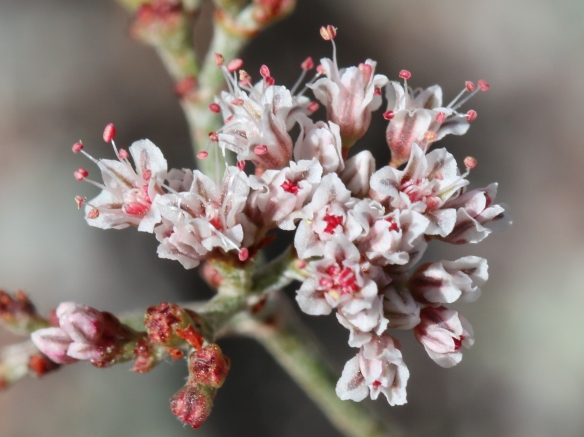 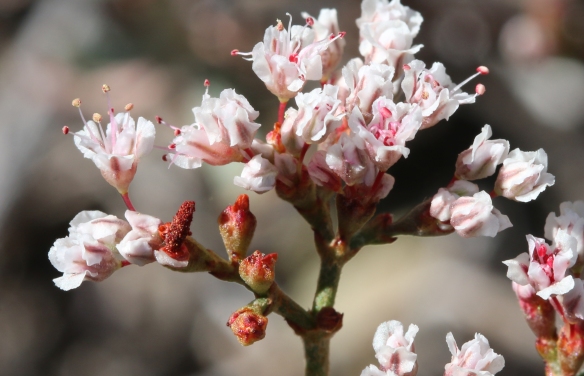 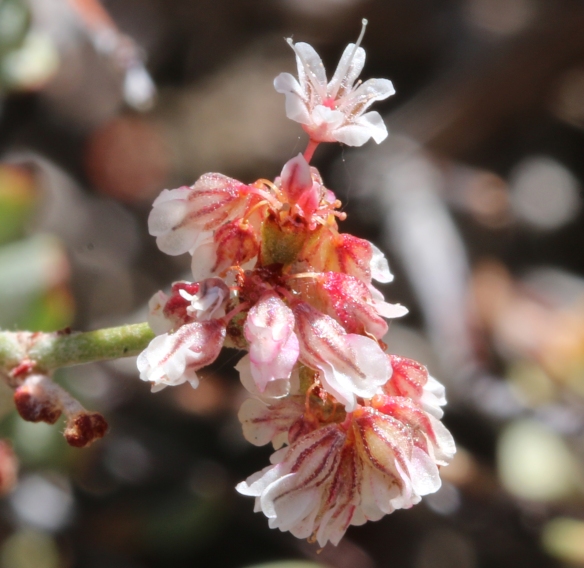